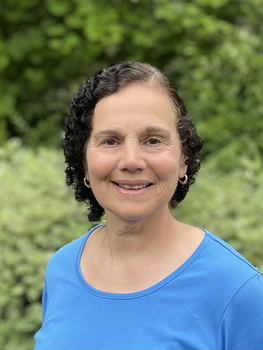 Elmira College welcomes Patricia Ireland as the new provost, who will oversee faculty and academic programs while enhancing the vision and academic mission of the college.

Originally from northern New Jersey, Ireland has experience in traditional and remote learning. She's held teaching and administrative positions as dean and provost at colleges in New Jersey, New York, Maine and Pennsylvania.

"I am excited to join Elmira College, a forward-thinking institution that expertly prepares students for current and emerging careers," said Ireland. "Equally as important, Elmira College engages the students' passions, educates each person for lifelong learning, and fosters a love of service. Elmira graduates make a positive difference in their communities and beyond."

Founded in 1855, Elmira College is a private, residential, liberal arts college offering 25-plus majors, an honors program, 17 academic societies, and 18 Division III varsity teams. Located in the Southern Finger Lakes Region of New York, Elmira's undergraduate and graduate student population hails from more than 20 states and nine countries. Elmira is a Phi Beta Kappa College and has been ranked a top college, nationally, for student internships. The College is also home to the Center for Mark Twain Studies, one of four historically significant Twain heritage sites in the U.S., which attracts Twain scholars and educators from around the world for research on the famous literary icon. Proud of its history and tradition, the College is committed to the ideals of community service, and intellectual and individual growth.