Elmira College is steeped in history and traditions that unite generations of alumni.

Elmira was the first college for women with a course of study equal in rigor to the best men's colleges. “Female seminaries” as they were called at the time, were essentially glorified high schools. In contrast, from its very inception, Elmira College offered rigorous academic programs.

The College is home to the Center for Mark Twain Studies, which encompasses the Mark Twain Study, Mark Twain Archives, and Quarry Farm. The Center attracts Twain scholars from around the world and is one of four historically significant Twain heritage sites in the U.S. 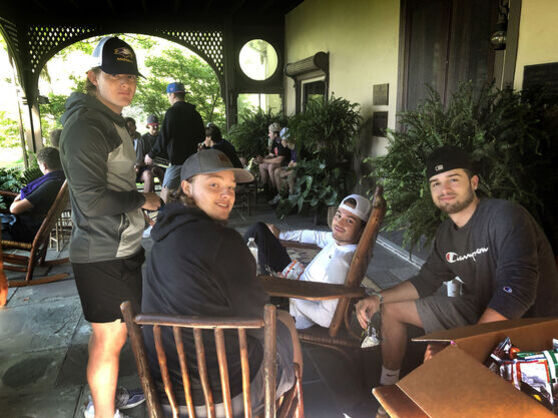 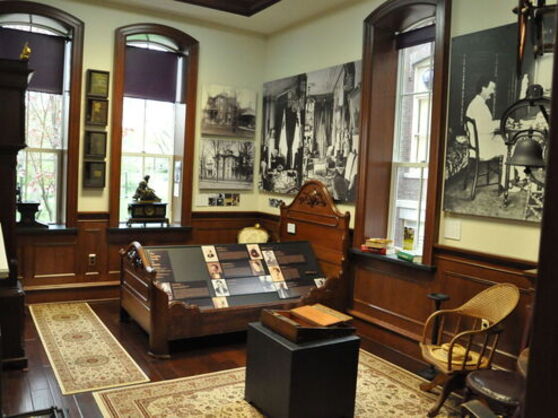 Twain’s wife and College alumna, Olivia Langdon Clemens, was an Elmira, New York, native and member of the Class of 1864.

Quarry Farm, home to Twain’s in-laws and now under the stewardship of the College, is where Twain and his family spent more than 20 summers. The site was named one of New York state’s literary landmarks by United for Libraries and the Empire State Center for the Book, an affiliate of the Library of Congress Center for the Book.

Purple and gold colors. A competitive athletic spirit. Singing our Alma Mater. Traditions such as these help connect the Elmira community. We’re proud of our legacy, and we look forward to seeing students forge new traditions to share with the next generation of leaders.

Dean Anstice Harris instituted the Mountain Day tradition at Elmira College in October of 1918. The day is not a designated holiday, but rather a day in which classes are cancelled, allowing students, faculty, and staff to engage with each other in memorable and less formal ways.

In early years, students, faculty, and staff enjoyed a picnic lunch and hiked to Quarry Farm on East Hill. They also participated in games, planting projects, relaxing, and enjoying the colorful foliage. In recent years, Mountain Day has been more campus-oriented. After a number of morning activities, a picnic lunch is served to the entire campus community, and the remainder of the day is spent enjoying the fall weather, games, and outdoor events. 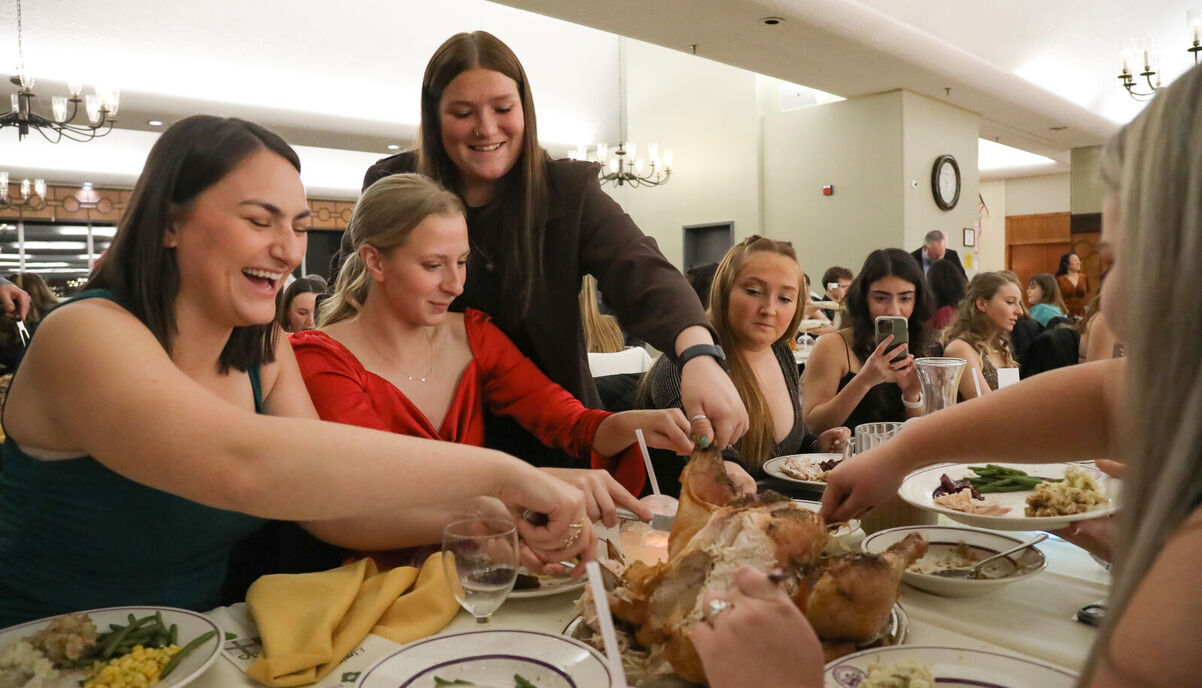 The Holiday Banquet celebration is the oldest of EC’s time-honored traditions. It is a semi-formal affair and begins a weekend of traditional holiday festivities.

Students join their favorite faculty or staff member in the Campus Center Dining Hall for a traditional Thanksgiving holiday dinner. Faculty and staff serve the students dinner, carving turkeys and passing dishes in a family-style meal.

This long-standing EC tradition offers a family-friendly day of fun, food, games, crafts, and entertainment for the entire community. The day traditionally features a line-up of live entertainment including performances by Elmira College a cappella groups and demonstrations by clubs and organizations like the EC Danceline. 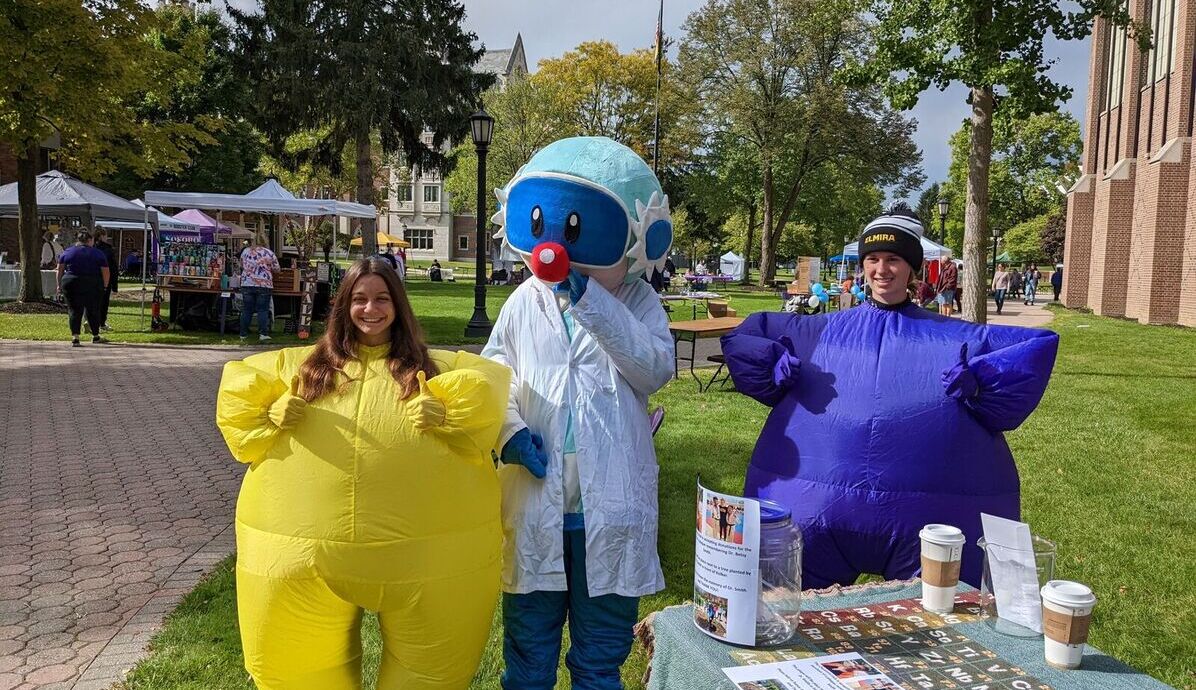 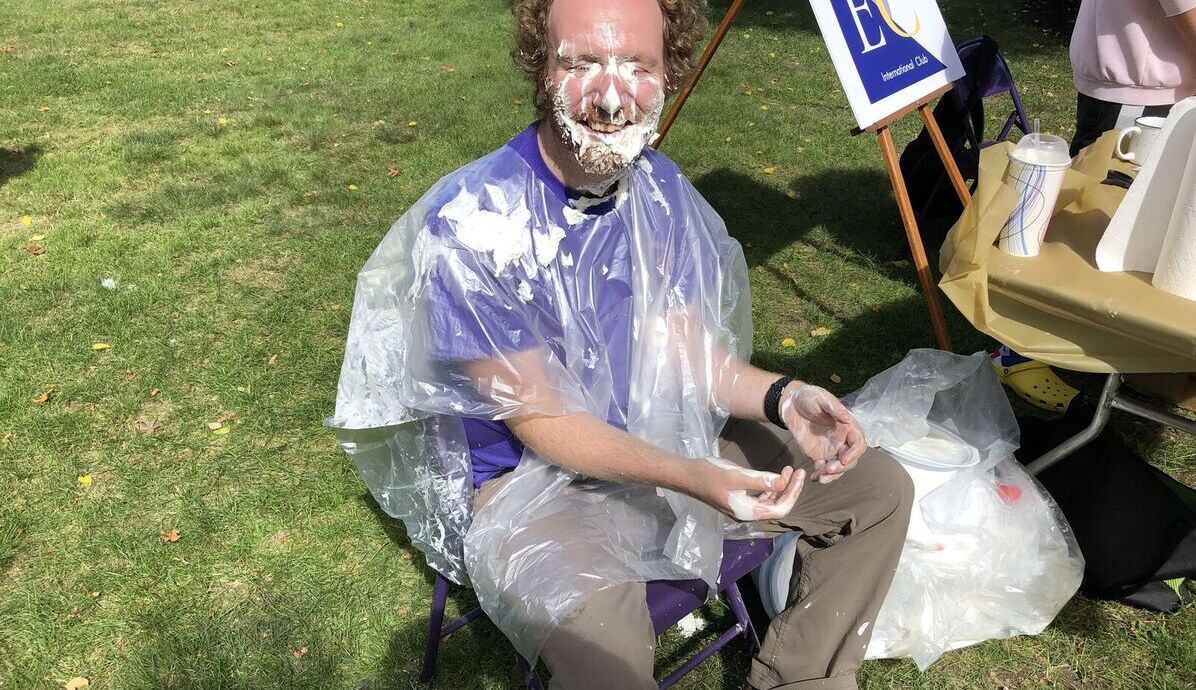 Candlelight is one of the College’s most cherished traditions. This two-part, poignant ceremony takes place first at Fall Welcome for each new incoming class and then on the eve of Commencement for that class four years later.

During Fall Welcome, incoming students process by candlelight along the brick-paved walkways leading to The Puddle. After taking seats around The Puddle, they are addressed by established members of the Elmira College community. Upperclass students who have led the new students’ orientation traditionally sit across The Puddle from the new students. The Fall Welcome Candlelight ceremony marks the last time the new class is gathered on campus before all other students return to campus to begin the academic year.

Four years later, Candlelight takes place when the class again gathers together one last time in ceremony before Commencement the following morning. It's tradition that the graduating class is addressed by two members of the class, an “honorary patron saint” from the ranks of the faculty or staff, and one graduating student’s parent.